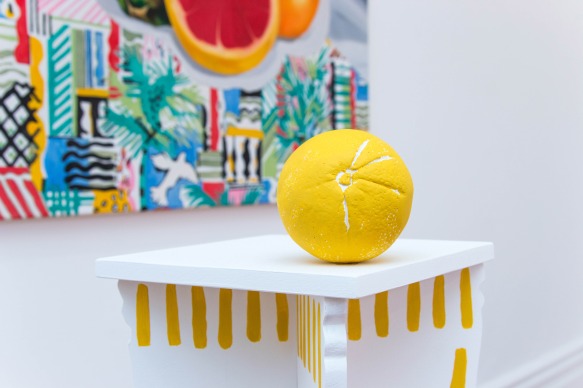 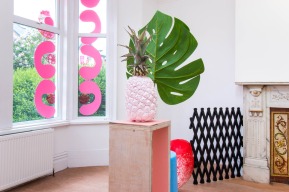 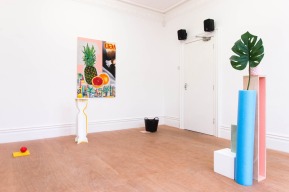 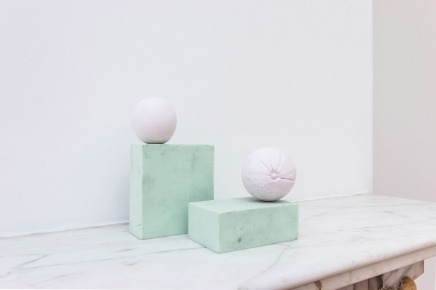 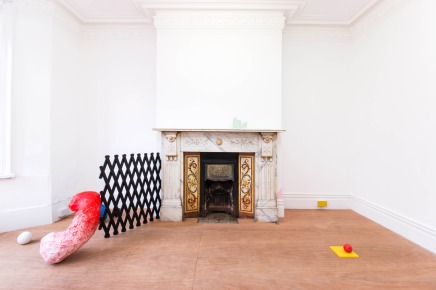 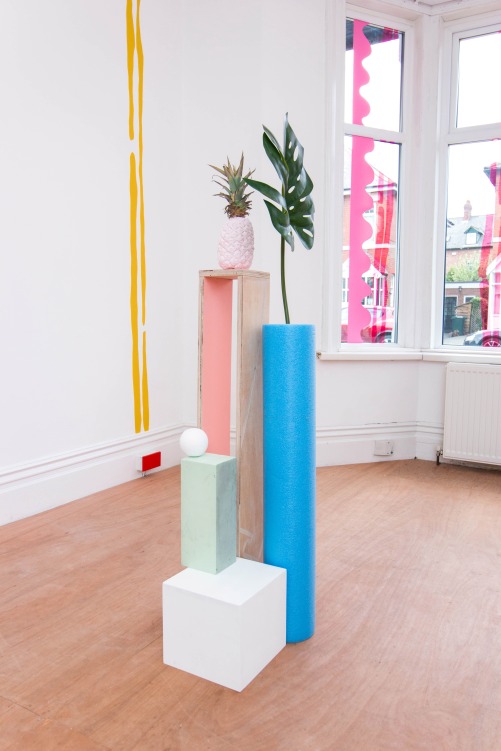 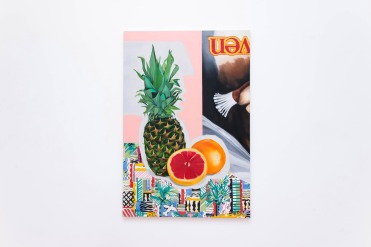 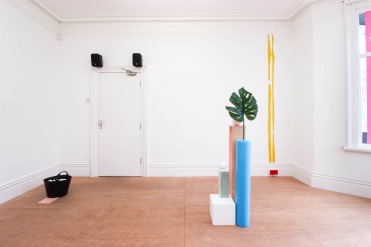 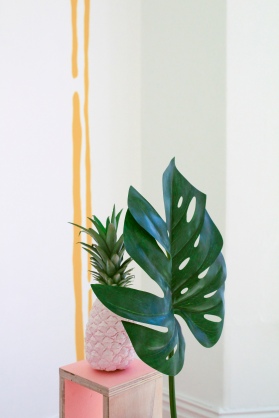 Modern living finds us presently maneuvering through a landscape where information passes at infinite speed and as spectators we feverishly chase experiences to ‘snap’ and post on the interweb or save in clouds. This acceleration in technological growth also means that VR glasses can be donned and we can traverse a 2D form like that of a painting. But how does it all feel? Massey argues that this automation negates the human senses. She is therefore offering ÀhhÁÀhhÁ as an example of what could happen if you were able to physically enter her nature morte and drink its offerings, listen to its wallpaper and sidestep the tablecloth.
The present climate is contactless. Less so in ÀhhÁÀhhÁ

ÀhhÁÀhhÁ is a reinvention of Massey’s solo show ÀhhÁ, arebyte LASER, May 2017. ÀhhÁ was the last in Massey’s #mamconcurs series. This catalogue of works seeks to document, question and subvert women’s depiction in art history.  ÀhhÁ was a loose reinterpretation of David Hockney’s Seated woman being served tea by standing companion (1963). As Massey’s fondest memories of having a ‘cuppa’ were after school, in front of the TV with her gran-she used a Byker Grove inspired palette to discuss the aforementioned.   Said bias towards her regional roots is less prevalent in this reinterpretation of her immersive installation as Slugtowns location and gallery format naturally adopt this context. In ÀhhÁÀhhÁ Massey rather focuses her efforts towards refashioning the Collier Campbell cote d’azur bedspread of her childhood.